Covid 19 has caused many issues for athletes striving to make the Tokyo Olympics, but there has been a silver lining for Track and Field fans in New Zealand.
New Zealand’s top athletes are spending the summer in New Zealand rather than making trips across the Tasman to chase qualifying performances.
This has meant that meetings like the Porritt Classic are seeing very good entries from many top-performing athletes. The meeting doubles as an Oceania Permit Meeting, meaning athletes can secure points towards Olympic qualifying spots.
This weekend’s Porritt Classic in Hamilton will have over 400 athletes taking part, making it the biggest high-performance event in New Zealand this summer outside the National Track and Field Championships to be contested in three weeks in Hastings.
Five athletes who have already made the World Athletics qualifying standards have entered. Shot Putters Tom Walsh, Jacko Gill and Dame Valerie Adams will all be competing, along with Hamilton distance runner Camille Buscomb and Hammer thrower Lauren Bruce.
Also in action will be a number of athletes on the cusp of making the Tokyo Games. Commonwealth Hammer champion Julia Ratcliffe, World Junior Shot Put champion Maddie Wesche, Hamilton Javelin thrower Tori Peeters, 400 metres hurdler Cameron French and others will be chasing Tokyo qualifiers.
The meeting will feature some intriguing match-ups.
Before this season, World Champion Tom Walsh had won nine straight contests against former World Junior and Youth Champion and record holder, Jacko Gill, but this summer Gill has won all three times the pair have met.
Gill’s latest victory, in Christchurch last weekend, saw him toss a personal best of 21.52 metres to the Cantabrian’s 21.46. Walsh’s personal best, set at the 2019 World Championships in Doha stands at 22.90 and he will be hoping for a throw nearing 22 metres to reverse this season’s results.
Dame Valerie Adams, twice Olympic champion, three times Commonwealth champion and ten times a world champion has swept all before her for many years and has a best this season of18.41 metres, but hard on her heals is the current World Junior champion Maddie Wesche with a personal best of 18.32.
Julia Ratcliffe was a surprise gold medallist at the 2018 Gold Coast Commonwealth Games and 12 months ago set a New Zealand record of 72.35 metres at the 2020 Porritt Classic. Since then, Lauren Bruce from Timaru has improved the record to 73.47. Ratcliffe will be going all out to regain the record.
Men’s sprinting has gone through a renaissance in recent years with first Joseph Millar (10.18 100mand 20.37 200m), then Eddie Osei-Nketia (10.19 and 20.76) and this season Tiaan Whelpton (10.37 and 21.28) have joined the game.
Whelpton recorded a win against Osei-Nketia over 100 metres in Hastings three weeks ago, but Osei Nketia had revenge last weekend in Christchurch over 200m. The contest on Saturday between the three of them in Hamilton on Saturday will determine who has current bragging rights as New Zealand’s fastest man.
Buscomb, who has secured Tokyo qualification standards over 5000m and 10,000m following two outstanding runs at the 2019 World Championships in Doha, will be racing over 1500 metres against stiff competition from former Te Awamutu athlete Katherine Camp and Rebecca Greene.
The 2021 Porritt Classic will feature athletes who have won four Olympic Games medals, eight Commonwealth Games medals, 14 senior World Championship medals and seven World Junior and Youth medals.
The largest fields will be in the boys and girls 1500m races with 47 and 38 entries respectively.
Action gets under way at Porritt Stadium on Friday evening at 7.40pmwith the men’s 5000m Permit Race and resumes on Saturday at 2.00pm, concluding at 7.00pm. 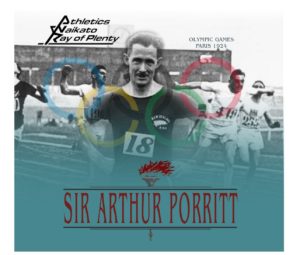